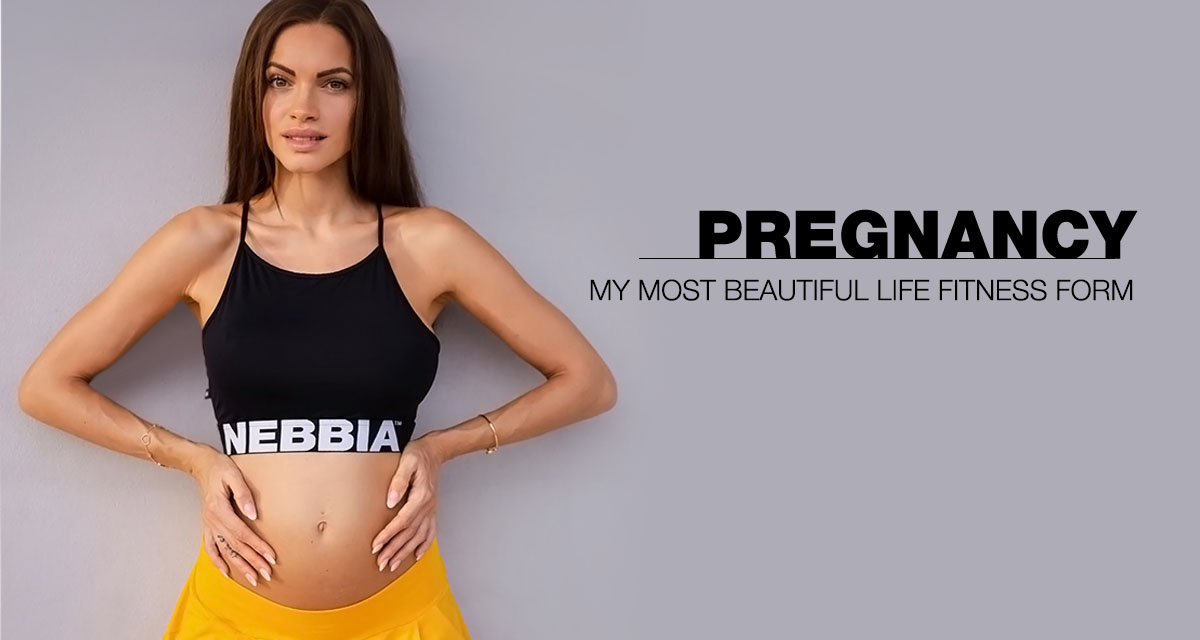 I remember the time when I had nothing else in my head, just being the best in what I was doing. In essence, nothing has changed today. The only difference is my goal.

Sport and fitness careers have been absolutely everything for me. For five years, I wasn't interested in anything but which exercises would shape my ass on Monday and Thursday, or how many grams of carbohydrates I would eat that day. Somebody could say it's crazy. And it probably is. But it simply goes with it. The moment I became the absolute winner of Arnold Classic Europe in Spain, and I was standing on the stage with Arnold, I had no doubt, it was worth it. But during the preparation, I felt that I was going through a certain limit and conviction. Suddenly I felt that it was no longer a passion but a job. 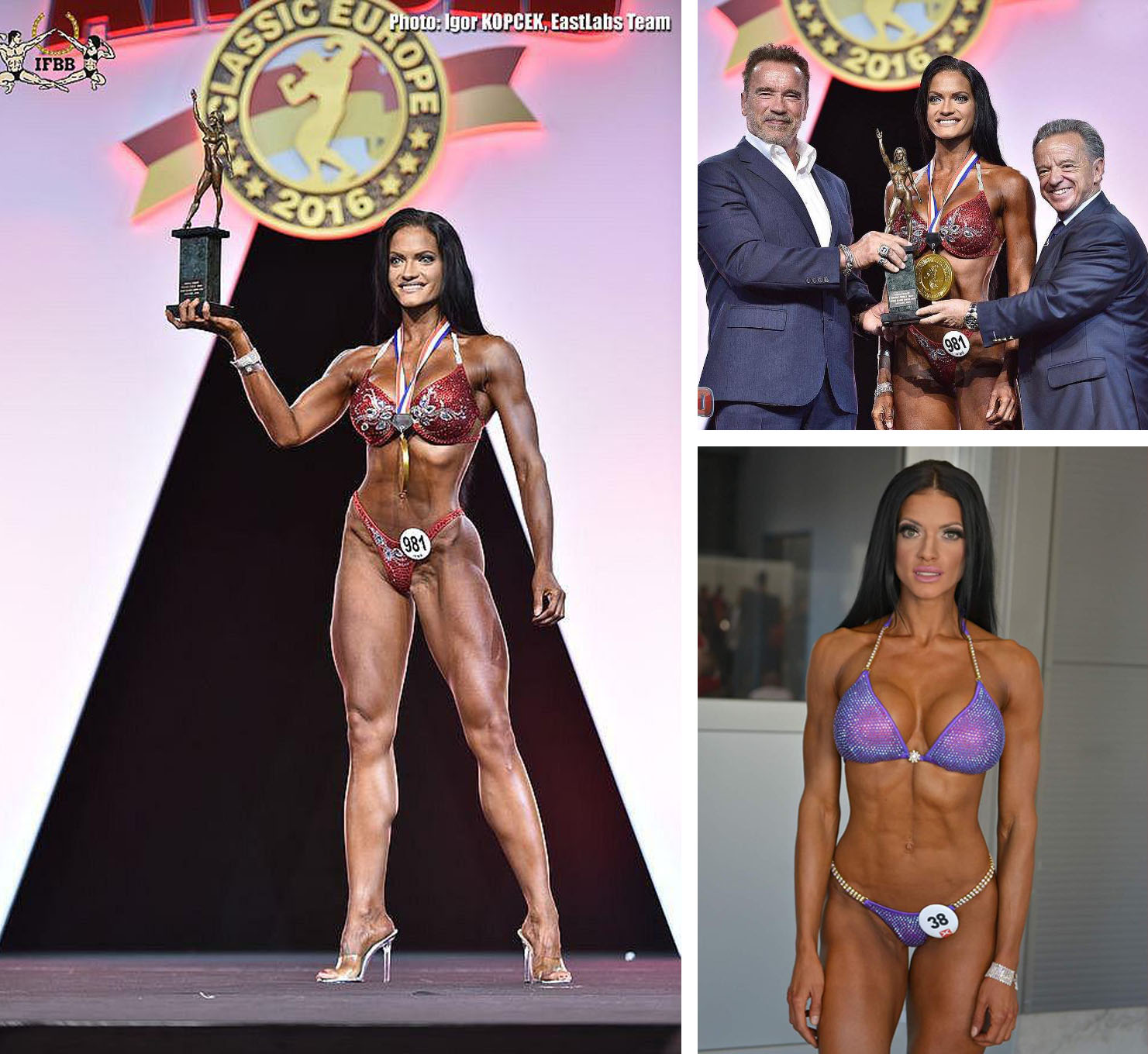 When I stepped up on the competition stage in Prague a year later, after severe jaw surgery, I didn't feel any different. It was enormous pressure and I knew it wasn't good for me anymore. At that time, 28-year-old and tired I thought, "Enough." I decided to take more care of myself and my private life. I know it was a disappointment for many of my fans, but it meant absolute relief to me at that time. My life has changed. I began to listen more to what I wanted than to what I had to do. Some may know that I changed a lot of things. Training and diet. Instead of heavyweight training, I started running, it helped me deal with certain life inequalities and I felt good. I stopped eating meat. It had no higher meaning, I just didn't like it. I think the next year and a half I really started to live as a fit woman and I still live that way. I have the feeling that all the girls are slowly coming to this, and from a big competition boom, reality and facts which are presented to the public today. I could go into more detail, but that's not the topic of this article. I want to write about the second phase, the phase of a fit woman who chooses family and a child.

Often people (and especially women) ask me how long it takes after years of competition for a woman to be "right". It's really very individual. It depends very much on each particular woman. We need to take into account previous years, how we lived, worked and prepared for competitions. I dare to say that I did not change until after about a year ago, even though I did not gain or make any extreme fluctuations all along. I mean psyche and peace of mind. Eating without calculating and counting the proportion of proteins, carbohydrates, and fats. Not counting how many calories I can eat if I have been running for an hour. After so many years of counting, it's not as easy as it may seem. To let go of the whole merry-go-round and to return to ordinary life. Only then I felt free, and that was the first step I could think about if I wanted a child. I know, maybe you will say that it cannot be such a science. However, girls who are competing or competed will know exactly what I am writing about.

Choosing to have a baby is not the same as "Well, it happened ..." If a woman feels she's really ready, in my opinion, that's the best version. When this is not the case, it is often the case that women are dissatisfied and cannot take care of the child and family as they wish. The timing and setting of a woman are essential, and I see it in my pregnancy. There wasn't a day when I wasn't looking forward to it, even though there were a few harder moments. It belongs to that.

On the other side, there are women who do not want anything else but are unable to conceive. I think many things are up to us, more than we can ever imagine. From my surroundings, I perceive that the problem can often be exaggerated "wanting" of women and "pushing it too much". I understand that if it lasts for years, it must be very depressing, but it is also how nature works. Of course, another case is if one of the partners has a health problem, which is more common in us - former contestants (both women and men) than other people. But if everything is all right, I will give you one piece of advice. You may smile, but ... My advice is: You must love. And the energy between two people will do the most. Let´s be honest, who enjoys partner life by calendar or ovulation tests? I myself have tried such tests to know how things are going, but it must not become part of life or the rule we follow in everything.

It took a couple of months until it all started. In my view, even longer, but it was more of a "self-transformation" and a proper mindset. 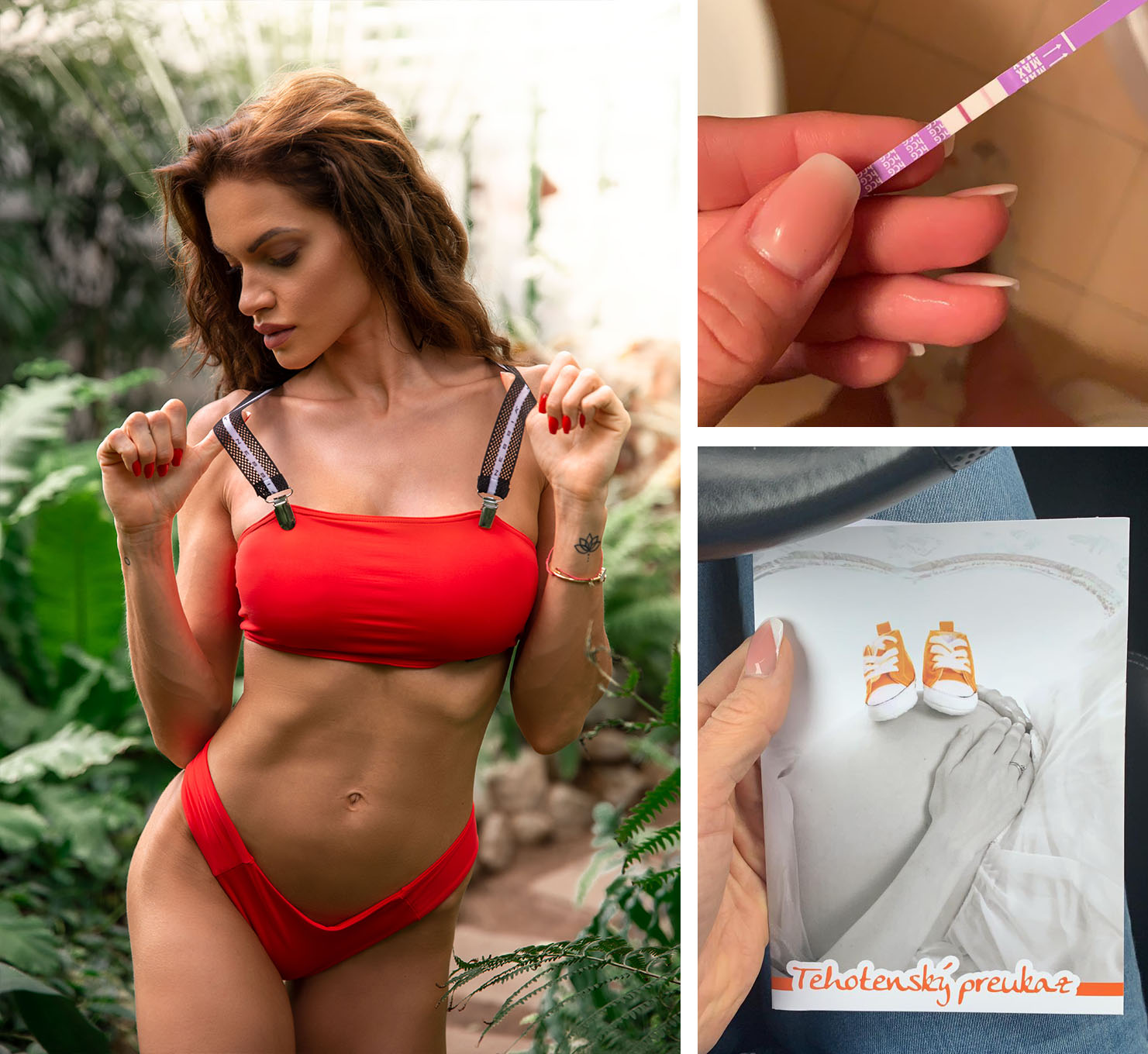 I remember the photo shooting like it was yesterday. With our team NEBBIA in April we had a big photo shoot for the promotion of the new collection. It took 4 days and it was challenging but fun at the same time. 1928822 photos were taken, 9288282 videos were shot and 1928 coffee was drunk, so at this shooting, I actually found out it was pregnant. I think it was on the third day when I got 3-4 coffee in the afternoon and I was sick. I couldn't tell if I was just exhausted or that meant something else. Shooting may seem like a simple matter at first glance, but it's not quite the case. The models have to be modified, they change their clothes all the time and the photographer “clicks” all day and finds time for a break only during lunch. The entire NEBBIA team changed between the positions and ensured the proper organization and comfort of all of us, including models from different countries.

So, to be sure, I bought a pregnancy test as I knew it was a possibility. And at 6.30 am in the morning at the hotel in the bathroom I was so happy and felt so lucky. It's a powerful moment and I remember sending a picture to my best friend Zuzka and sister Maria. My husband was still asleep and I knew I had to get ready for the next day at 8.00. I have to be ready! So I kept it to myself and went to work. All-day with all the "pregnancy thoughts" and happiness was suffering since I didn't want to talk about it yet but I was sure I wanted to keep for myself during the first trimester. Well, for us, those closest to us. The evening, when I told the joyful message to my man, was very beautiful and joyous. It was a unique moment.

I was lucky that the first trimester was more or less relaxing for me. I had to change a few things, such as stopping my cravings for cottage cheese with flakes, raspberries, cocoa, and cinnamon for breakfast because I was having a hard time when I ate it, but no major problems or morning sickness occurred. I'm very grateful for that. That's why in the third month I was able to show off at the pier at NEBBIA fitness fashion show, where I even showed in swimsuit and almost nobody noticed anything. In the fourth month it all started - suddenly both the pregnancy belly showed, and some body parts also started to look more female than ever, but that is part of it. And it's actually the most beautiful form I've ever had! I wish each of us to live this time of life in happiness and well-being. 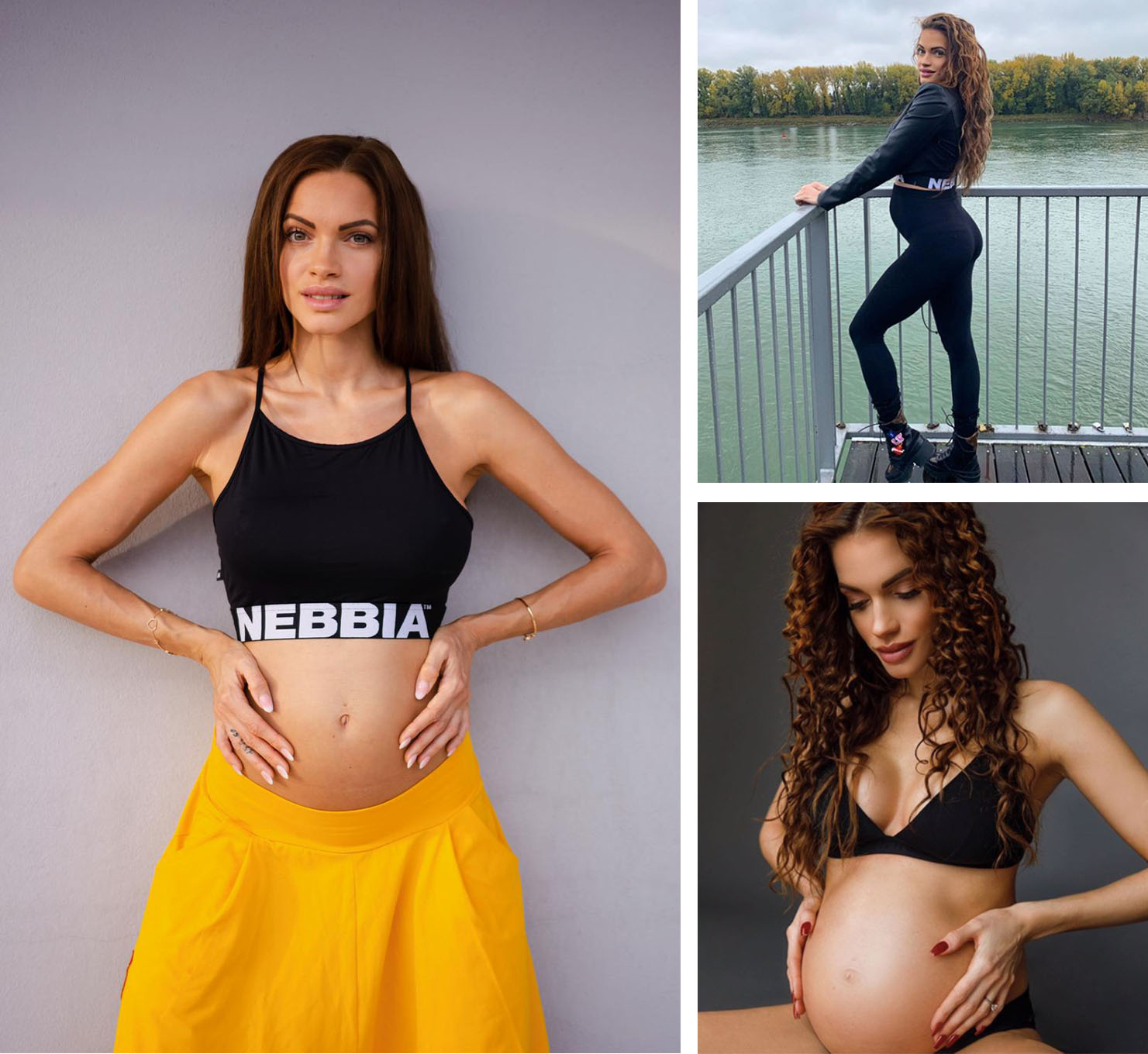 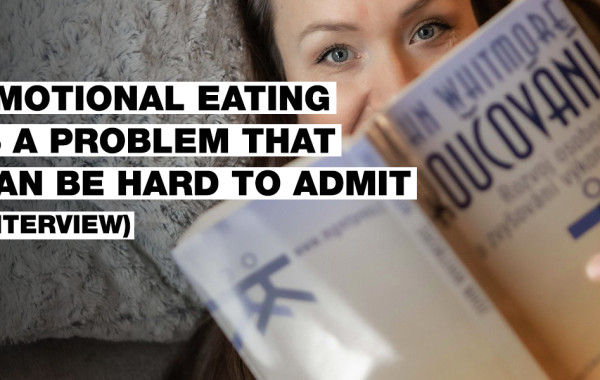 Mental Coach: “Emotional eating is a problem that can be hard to admit” (interview) 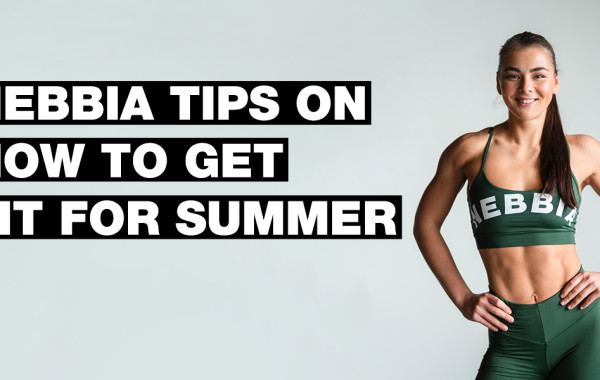 Get in shape for the summer: You can do it with these tricks + unexpected BONUS!

Are you taking the right supplements? Check out our guide to the basic supplements!