IntroducciónBlogThe most anticipated moment of 2022 is behind us and it rewrote history. How was the Olympia Weekend 2022? 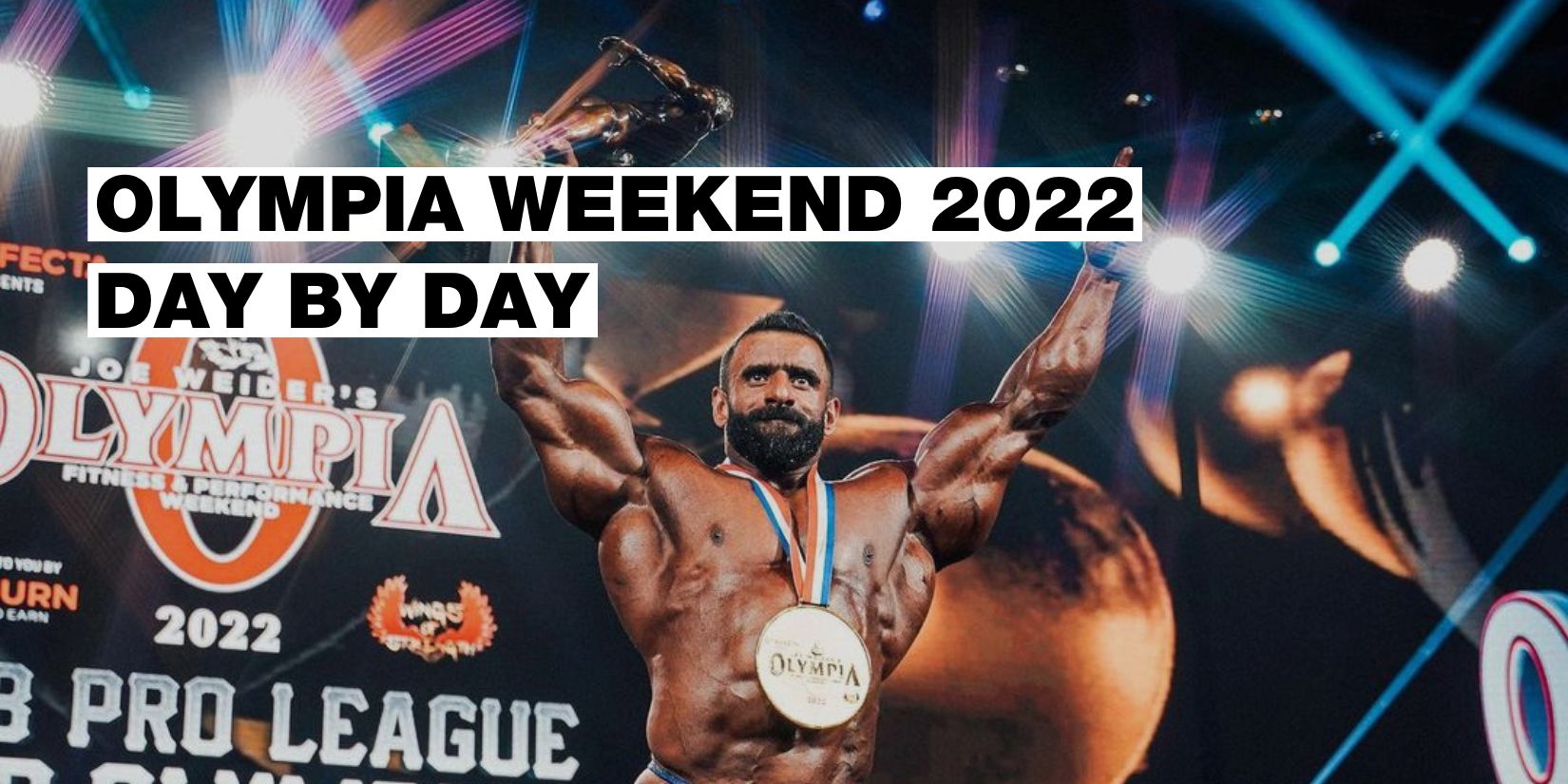 The most anticipated moment of 2022 is behind us and it rewrote history. How was the Olympia Weekend 2022?

The event that every fan of fitness and bodybuilding has been waiting for has ended. With a record number of athletes, the Olympia Weekend was once again a wonderful peak of the competition season. After two years, the action of the competition returned to Las Vegas, and this 58th year also has its first - it was attended by the largest number of competitors in the history of all bodybuilding competitions!

One of the things we are extremely excited about partnering with The Olympia is the opportunity to bring the energizing atmosphere of this spectacular event first-hand to your home. In recent days, our social networks have been alive with amazing raw footage and information directly from the events in Vegas. We believe that together with us, you have transported across the Atlantic Ocean to the mecca of world bodybuilding among the best of the best. Soon we will be transported to Olympia Weekend 2022 once again, thanks to the video content from the event that we are preparing.

Come and read on. We will guide you not only through the event itself but also through the events that the public watching Olympia Weekend via Pay-Per-View access or Instagram live could have missed. Come with us to experience the top moments of the biggest fitness and bodybuilding event in the world day by day.

The beginning of the Olympia Weekend is, of course, dedicated to registrations. The interesting thing about this year's registration and Athlete Meetings was their division into several days. This means that each category had its exact day and time reserved for meeting and registration. Considering the record number of competitors, this change largely ensured systematicity and efficiency in the organization of the entire event. To be more specific, up to 375 athletes came to compete in eleven categories, and registering such a number of competitors was a real challenge.

On Wednesday evening at 7:00 p.m. at that time, it was the turn of Mr. and Ms. Olympia Meetings, followed by the 212 Bodybuilding and Classic Physique categories. 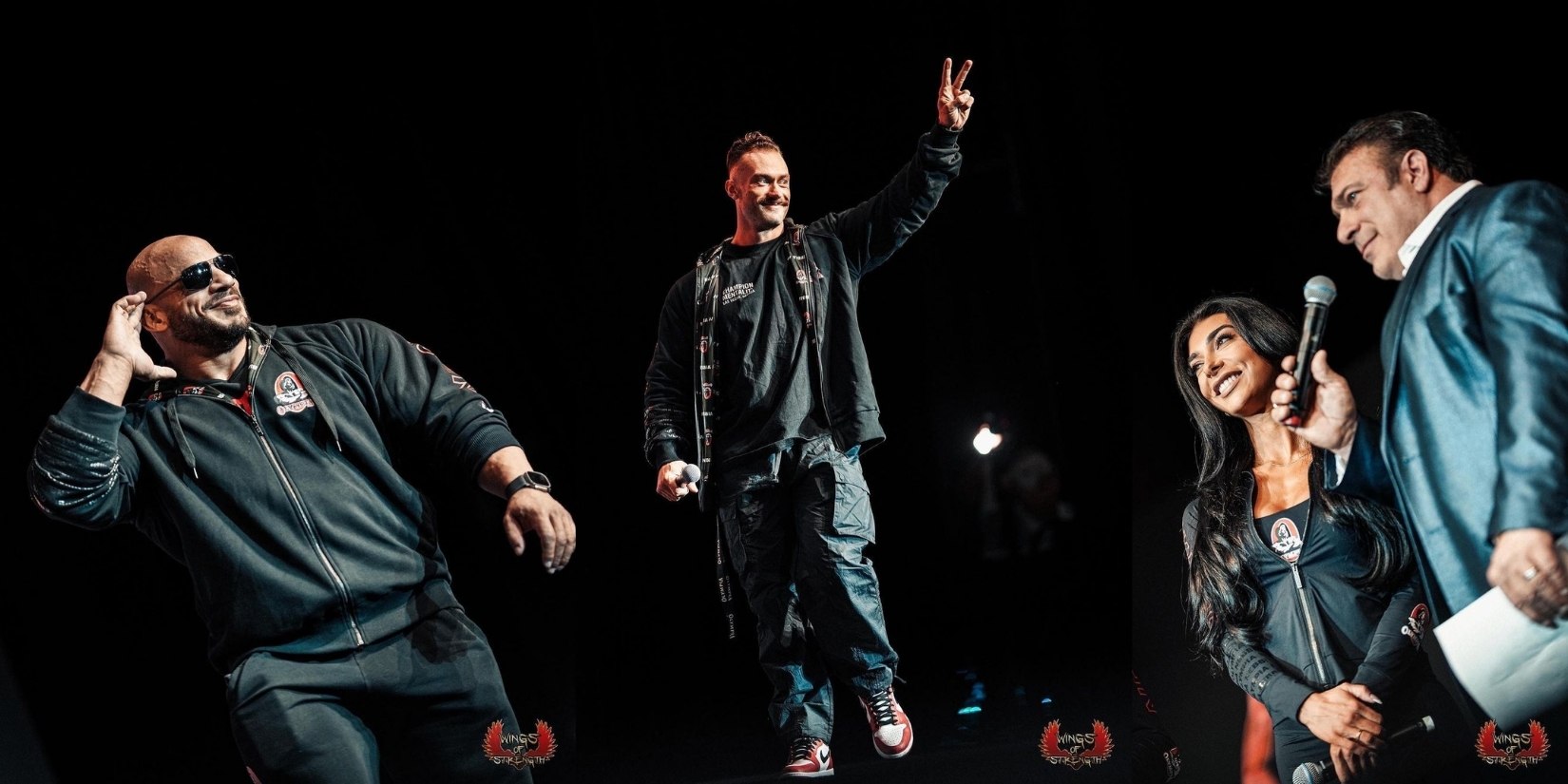 What does the Olympia Athlete Meeting mean to the competitors?

At the Athlete Meetings, all competitors of the given category meet, are welcomed by the judges and called one by one to take their starting numbers. In categories such as 212 and Classic Physique, competitors must fit within the established height and weight standards, and therefore their measurement and weighing also occur during the meeting. This part of the event is full of euphoria and getting to know each other, in the atmosphere, you can feel competition and determination, but also the friendly relations of the competitors.

Athlete Meetings of the Fitness, Women's Physique and Men's Physique Athlete categories continued on Thursday during the morning hours. An important press conference began right at lunch, where almost all athletes of all categories gathered. During this press conference, the media and the public can come talk to their favorites and take a few photos. Competitors have their designated place where they sit, they have a table in front of them with their name and the category they are competing in, so finding your one should be really easy. To see that most of the athletes are already dressed in NEBBIA x OLYMPIA tracksuits is one of the proudest moments NEBBIA can wish for. NEBBIA dresses the legends of Olympia for the 8th year in a row now, and it’s always so surreal.

In the afternoon, the Athlete Meetings of the remaining categories took place: Figure, Wellness, Bikini, Wheelchair, and finally the Judges' Meeting concluded the series of meetings. At 7:00 p.m. the evening began with Meet the Olympians with early entry for VIP and Insiders Club. At 8 p.m. The doors were also opened to the public and the media. Here you could get to know the competitors a little better, take a picture with them, get an autograph or valuable advice from them.

It's the first day of competition and the doors of the Olympia Expo opened at 10:00 a.m. in the beautiful setting of the Zappos Theater, which is part of the Planet Hollywood Las Vegas hotel resort and casino. The semi-finals for the categories Fitness Olympia, 212 Olympia, Women's Physique, Figure Olympia, Ms. Olympia and Wellness Olympia.

At the same time, there was a program within the expo, where you could find hundreds of exhibitors and well-known faces of world brands. At 18.00 the finals of the aforementioned categories have begun. 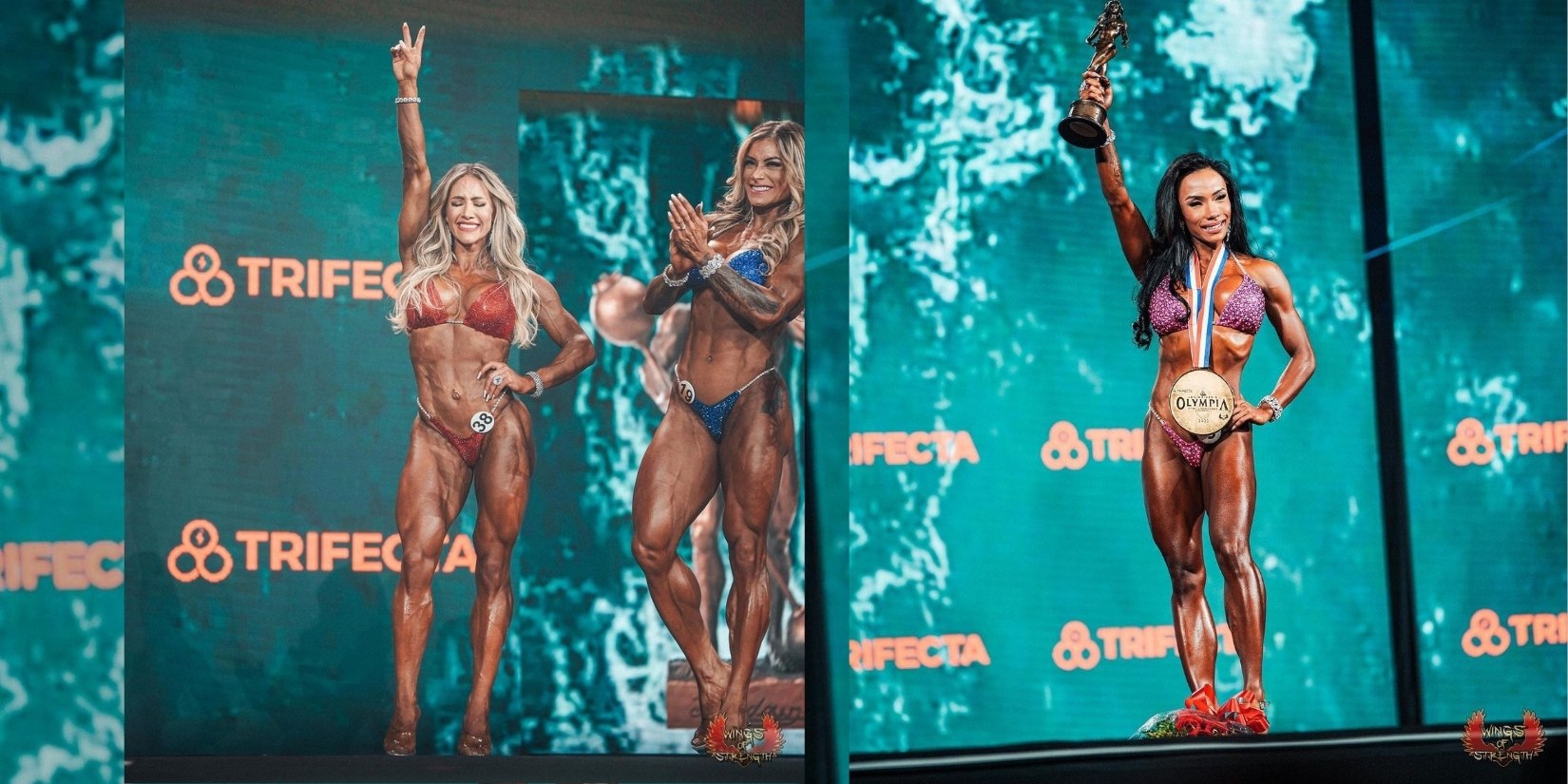 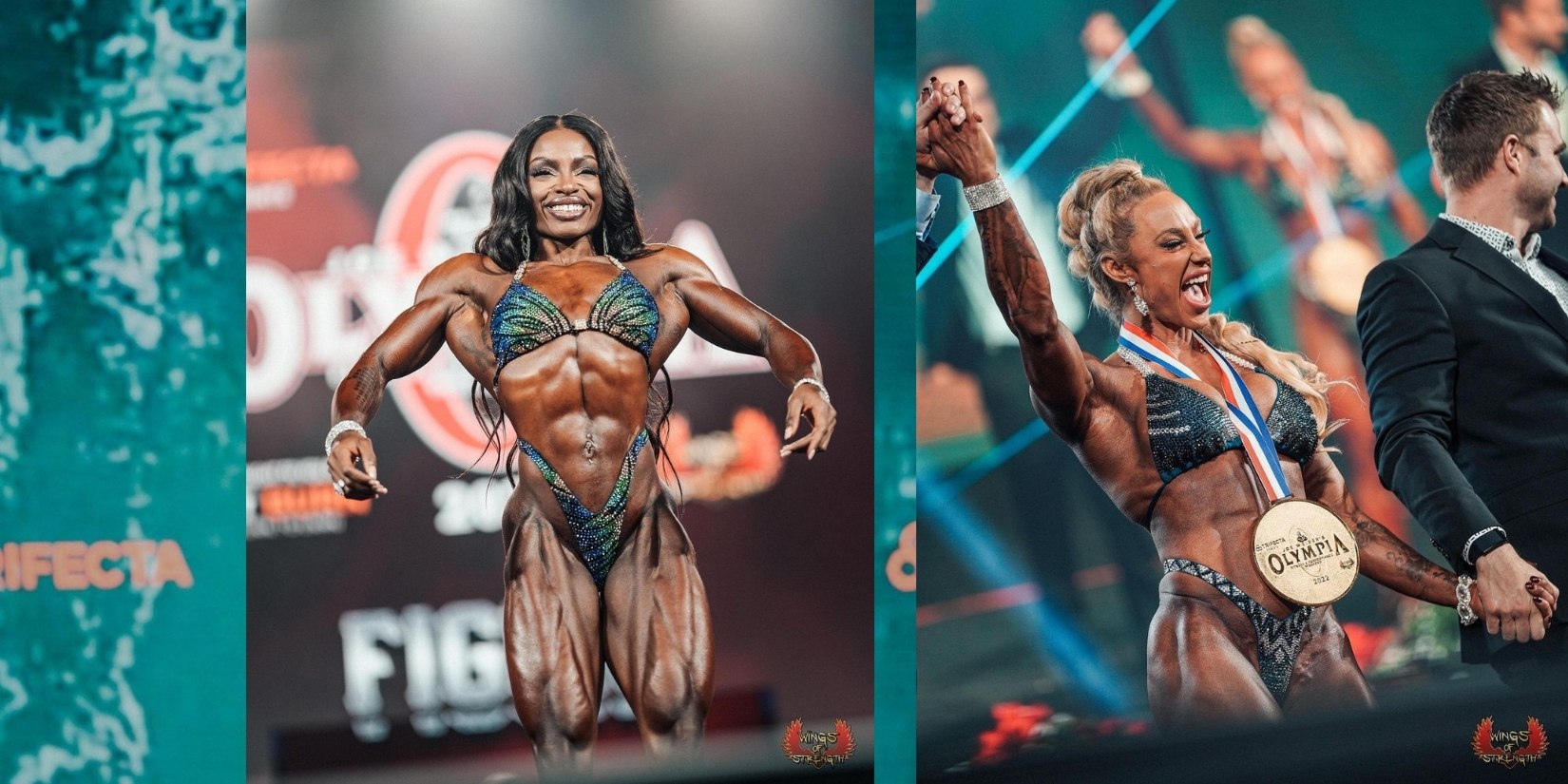 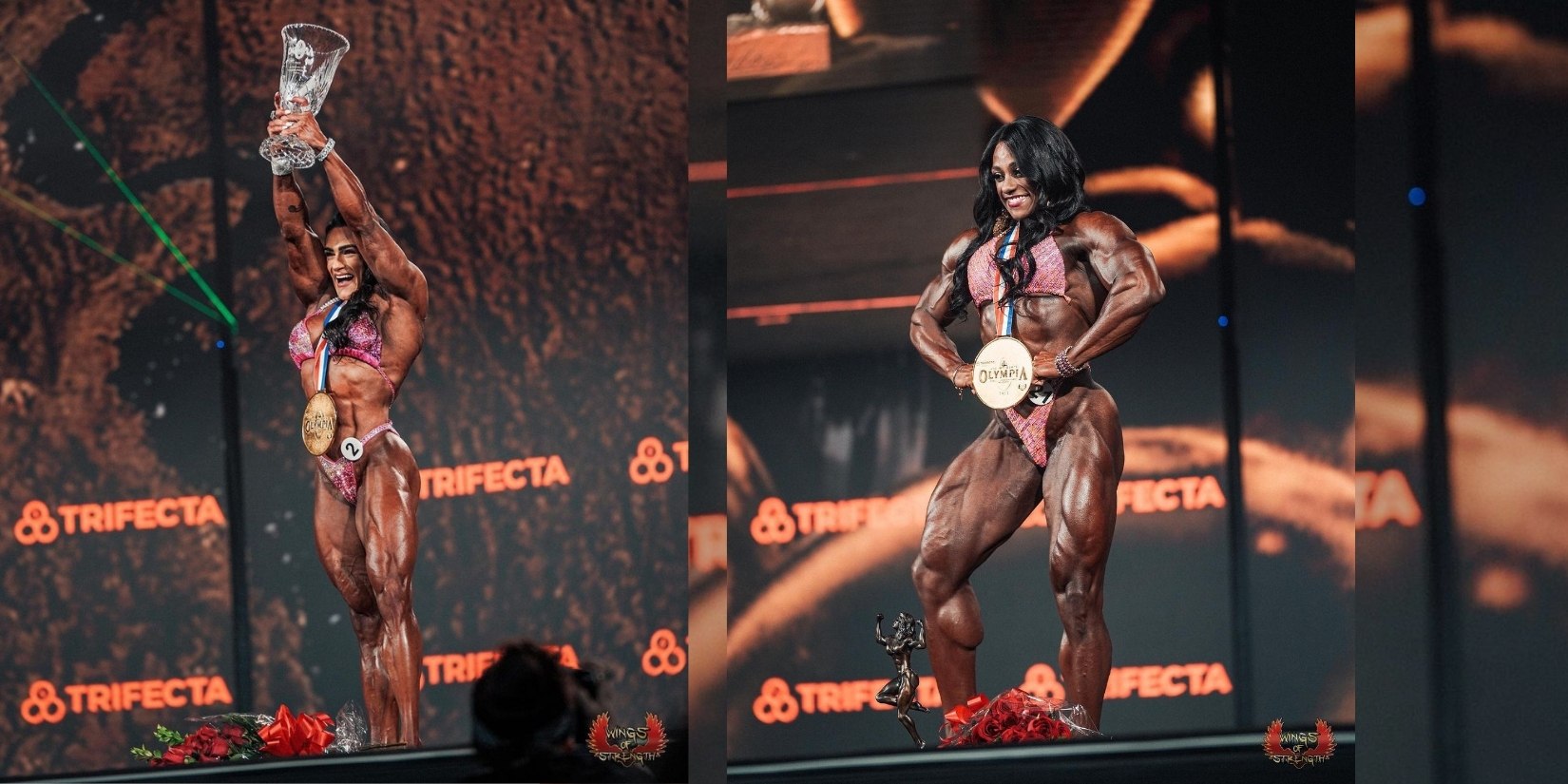 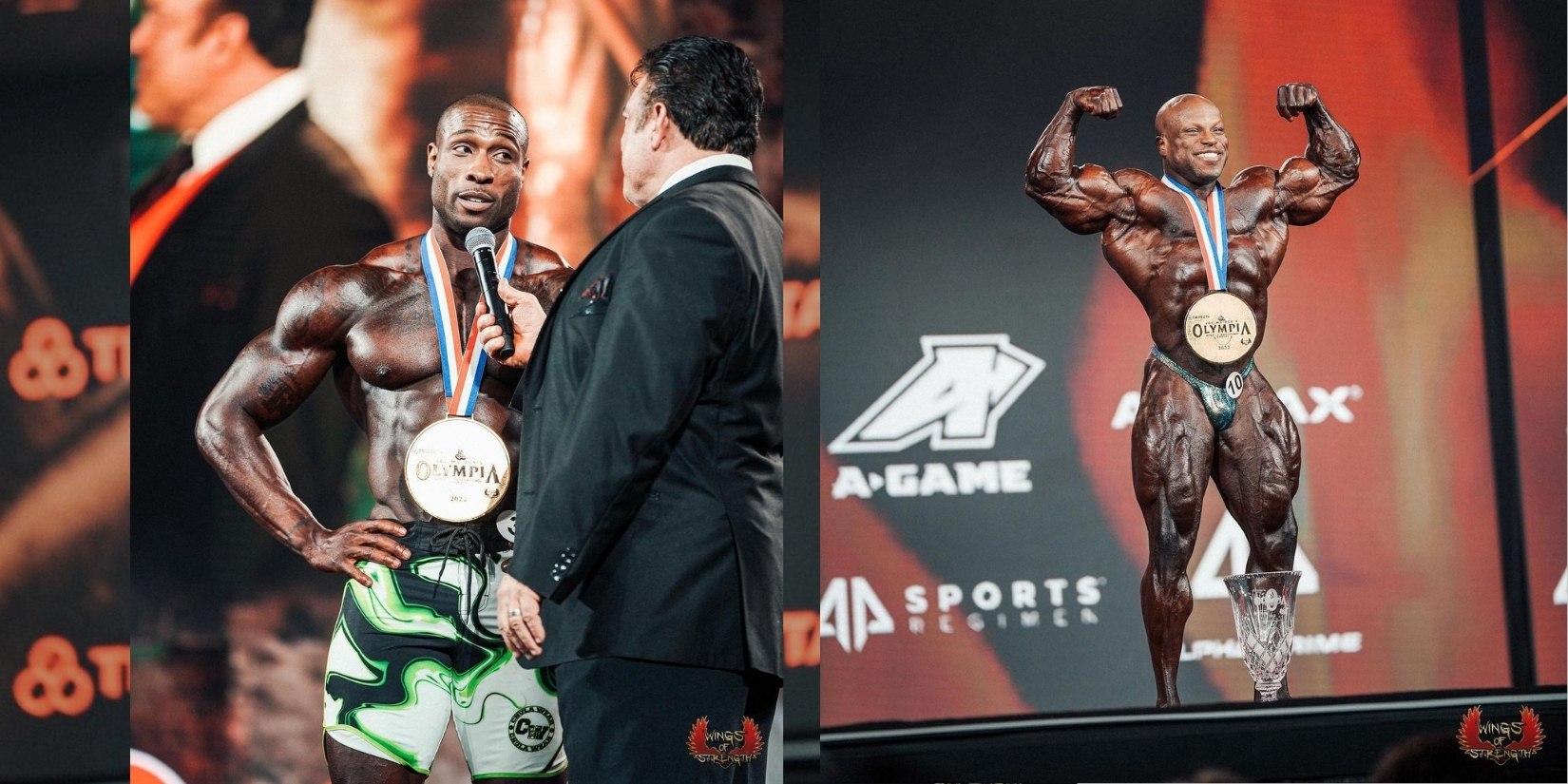 The most anticipated moments awaited us on Satuday night. It's the most important battle of the Olympia competition!

The battle took the stage in the semi-finals of the Mr. category. Olympia, Men's Physique, Bikini Olympia, Classic Physique and Wheelchair. Last year's winner is always a favorite, it was expected that it would be difficult to overcome "Big Ramy" according to tradition. However, this did not happen and Ramy was summoned only once. In the category Mr. Olympia finished in 5th place. Hadi Choopan and Derek Lunsford were the last to fight for first place. And although few people would have guessed it before the start of the Olympia Weekend, the 17th Mr. Olympia became Hadi Choopan from Iran, and he returns to his native land as a hero. 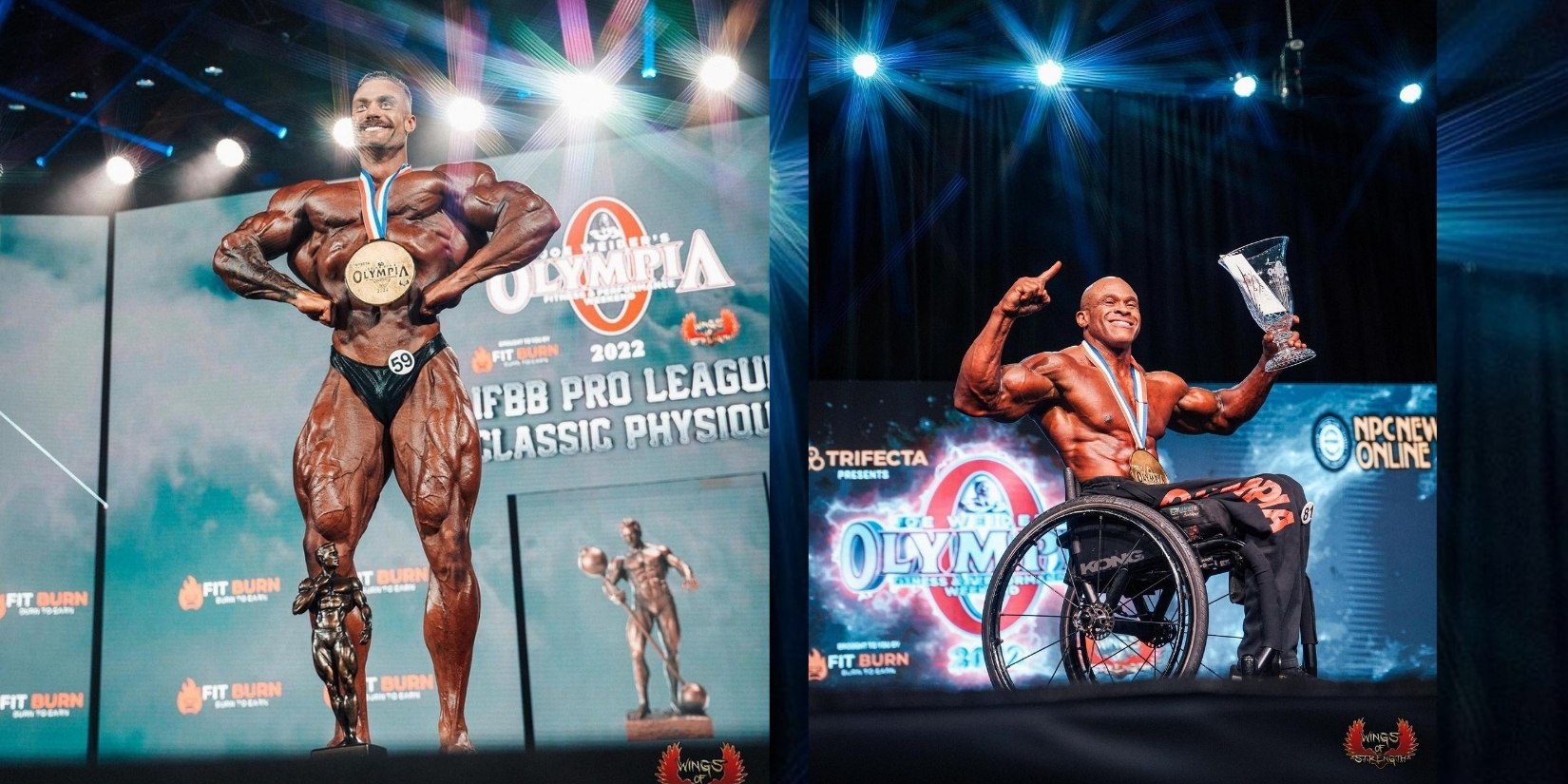 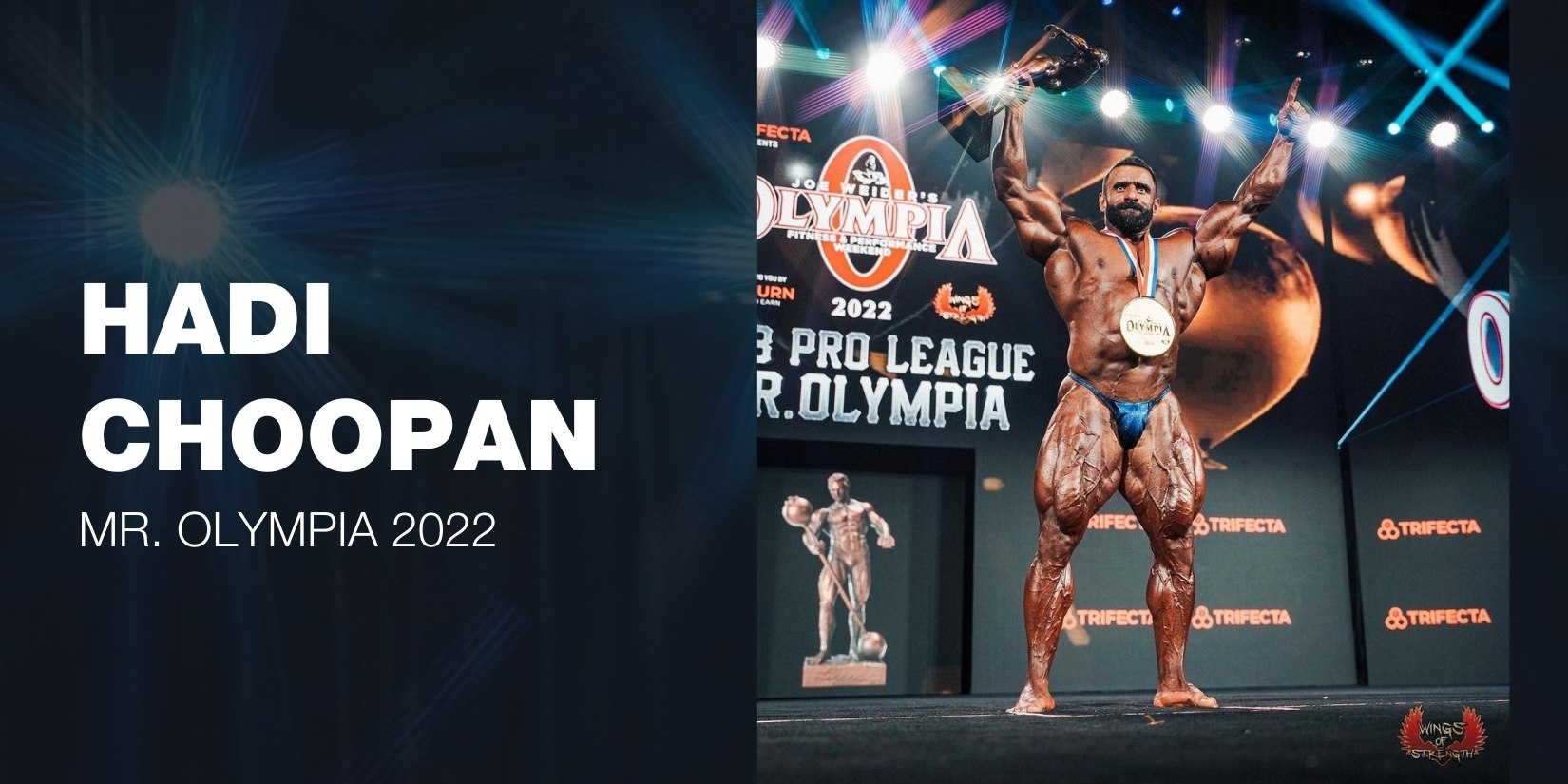 Did your favourite athlete make it to the TOP 5? 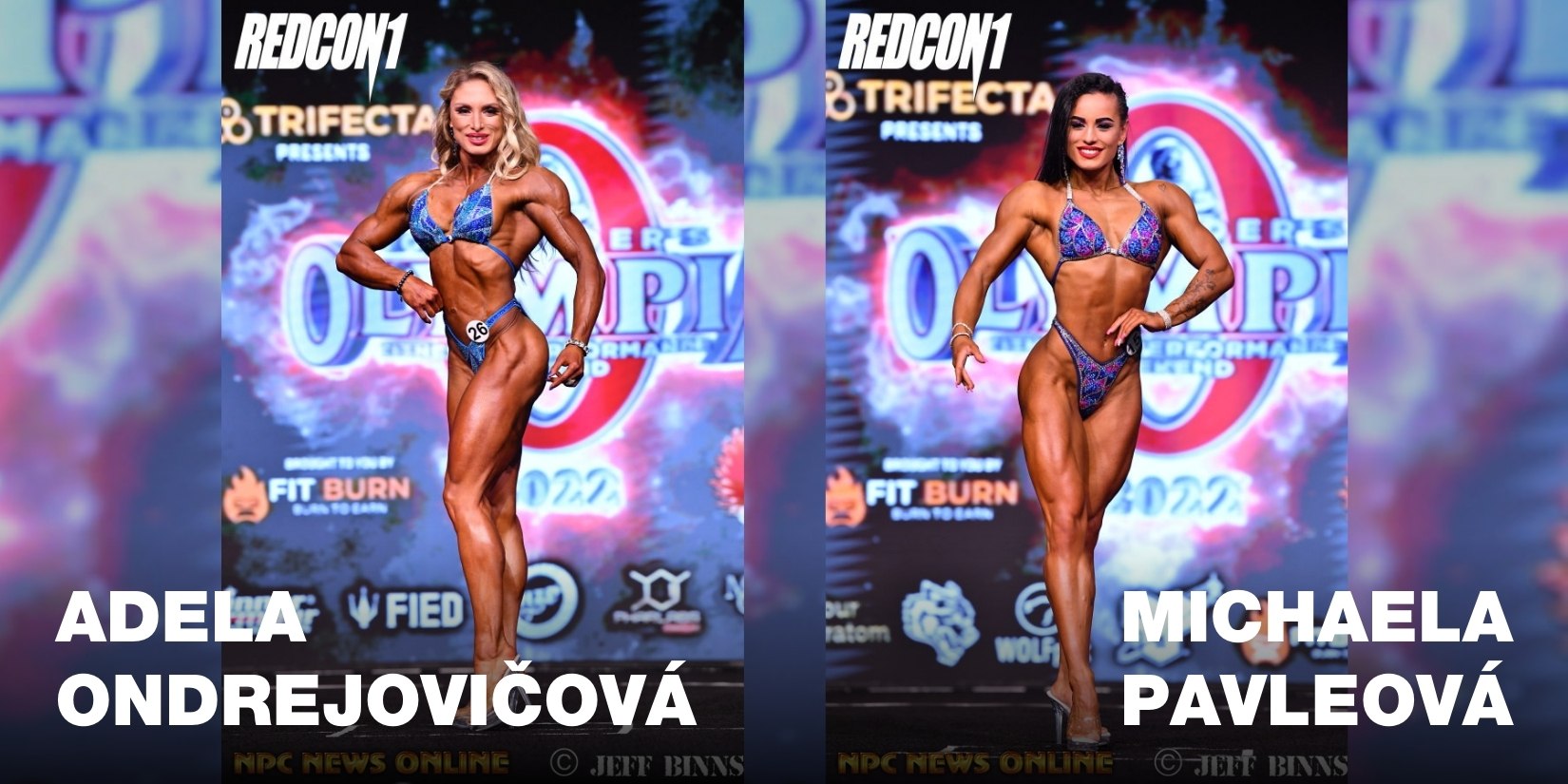 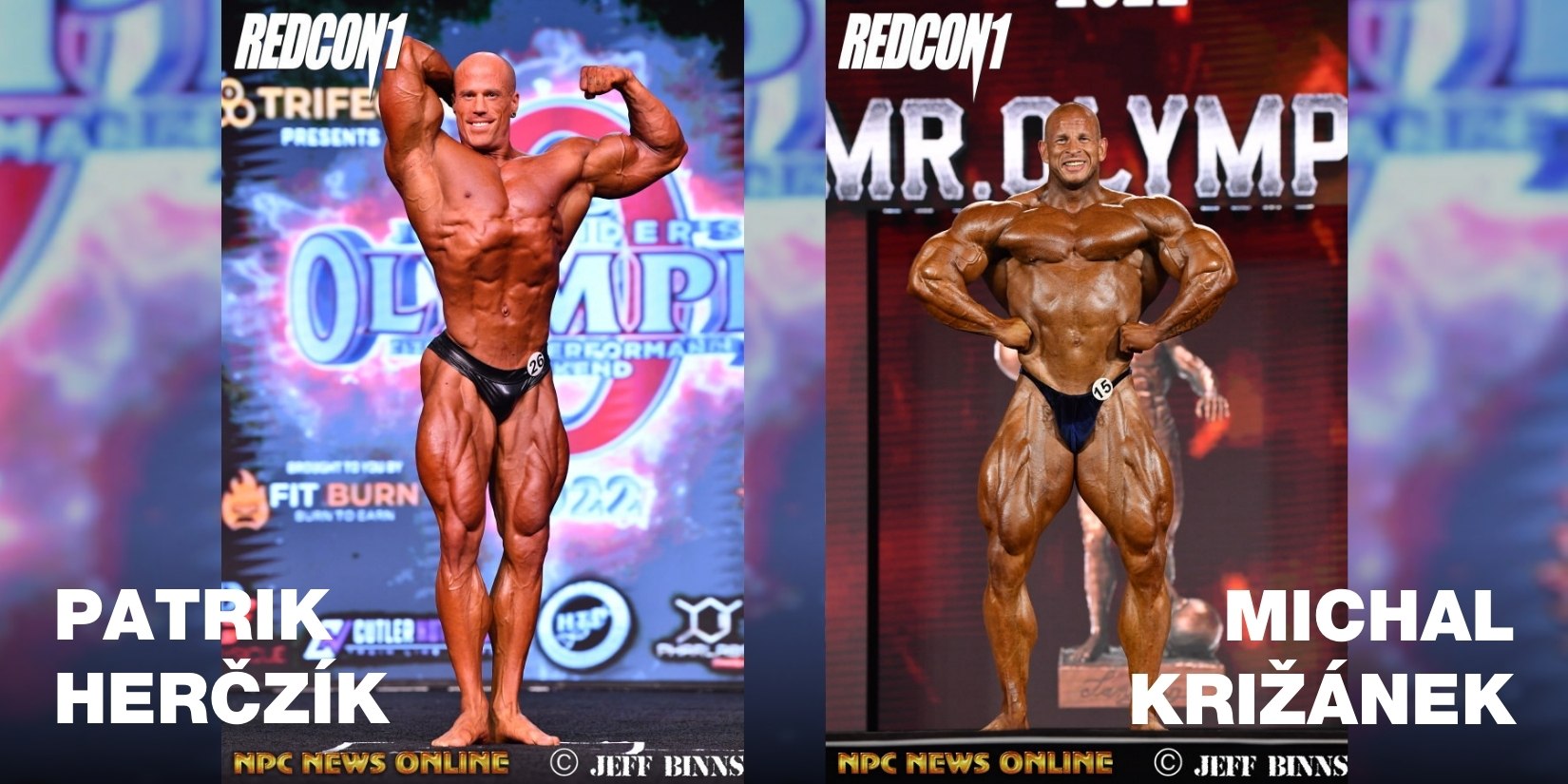 What about the Czech and Slovak competitors?

As for the results of competitors from Slovakia and the Czech Republic, we certainly have something to brag about! The mere fact that we were represented in 4 categories in itself means a huge success for our small countries.

We must mention the EVLS team by name, namely the success of Michal Križánek, who finished in a great 12th place in the Bodybuilding category, and Miška Pavleová, who took an excellent 7th place in the Fitness category! Although Adela Ondrejovičová (Figure) and Patrik Herčzík (Classic Physique) did not make it to the top 10, they still reached places in the first half of their category, which ranks them among the best athletes in the world.

We congratulate everyone from the bottom of our hearts and are very proud of you! We are already looking forward to the next Olympia Weekend 2023 and we wonder if it will be as exciting as this one!