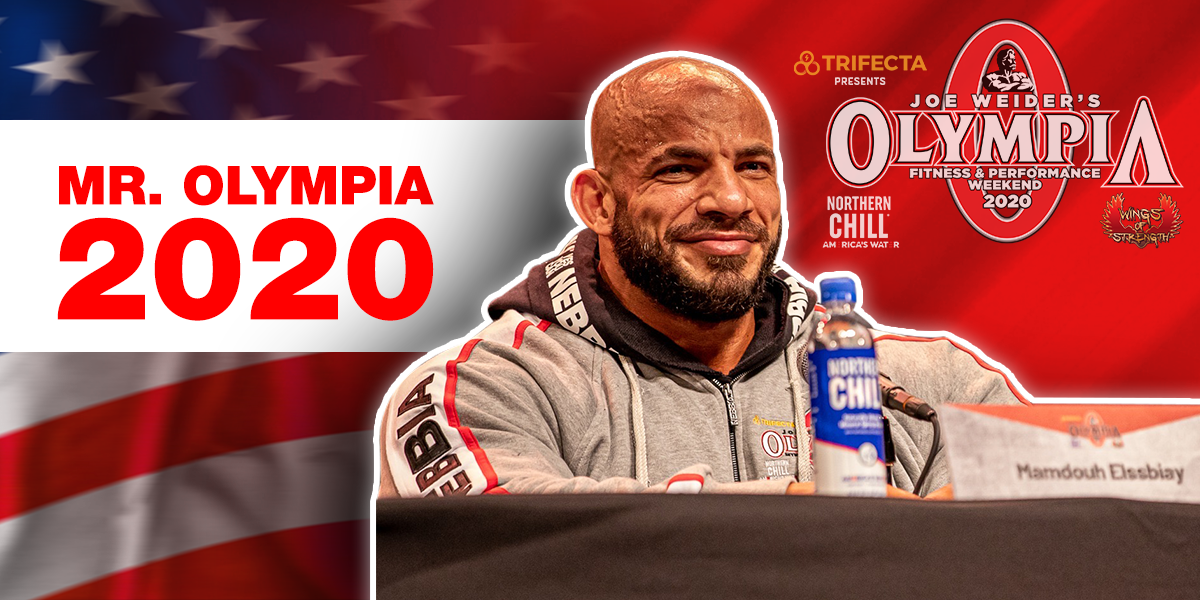 The world has been indisputably marked by the COVID-19 pandemic in 2020. However, the biggest bodybuilding event, Mr. Olympia, found its way even in the “new normal” and NEBBIA had the chance to participate. We did not expect otherwise, as we have been a proud partner for 6 years and counting. Kamil, our video content manager, flew to Florida in order to give you a personal and unique look to how the whole weekend went.

Mr. Olympia is an international bodybuilding competition, organized every year by the International Federation of Bodybuilding & Fitness (IFBB). This year, it took place in Orlando, Florida (USA) between December 17th and December 20th.

We were supposed to create content with our main influencer and brand ambassador Roelly Winklaar. He was in fantastic condition. But as fate would have it, the “corona” changed his plans as well. His COVID-19 tests were positive, so we had to improvise. Kamil describes the experience: “We were sorry to hear that Roelly could not take part, but still tried to make the most out of it. Thanks to networking, we now have contacts of some of the best athletes in the world.” We flew to Orlando in advance, on Tuesday, December 15th. We faced the first complications earlier, even as we were arranging our trip to the US. “There was the threat that we would not be able to go to Mr. Olympia at all. And the problems didn’t stop there, not even when we were sitting on the plane. But in the end, we managed to set foot on American soil with a suitcase full of NEBBIA clothing and could breathe a sigh of relief,” our content manager details.

He picked up the tickets to the competition right on Wednesday morning. The VIP tickets enabled us to give you truly the best exclusive content during the entire event, including interviews with the biggest stars and backstage footage from the biggest fitness celebration of the year. We hit the ground running with our responsibilities rather quickly. Right in the beginning, Kamil had an interview with Dan Solomon, the CEO of Mr. Olympia.

“This year was truly unique. The situation was changing every week. We found out that in Las Vegas, which has been the home turf for the competition for years, we would not be able to have an audience. And because we really care about the audience, we made a last-minute decision and moved the event to Orlando,” Dan explains.

Naturally, all competition participants had to follow very strict hygienic restrictions and rules. The CEO is also a big fan of NEBBIA. He came to the interview in the hoodie for Mr. Olympia champions. “If you finish first or twentieth, you will go home after the competition with this hoodie, which you will wear among your friends, at the gym where you train and it will serve as a badge of honor,” he states in the interview.

Next up, we had a photoshoot with the Latvian fitness star Edita Breide and in the afternoon, we had lined up another shooting with another hotshot, Ahmad Hamad Ashkanani. We are sure you saw the results of our cooperation on our social media. Thursday was the day of the official press conference, notably attended by big-name participants from every category. One of the hot topics included the comeback of Ms. Olympia. This discipline for female bodybuilders made its return after the company Wings of Strength, which promotes female bodybuilding, became the partner of Olympia Weekend, and Olympia changed hands, the new owner being Jake Wood. In the afternoon, we were shooting with the beautiful Irina Post. And then, at 7 PM, we were already at the Meet The Olympians event, where we made even more content. “The Olympia Weekend is one big celebration of bodybuilding. Athletes from all around the world compete for the title. It is a big honor as well as a humbling experience,” said Sarah Villegas for NEBBIA. “It is more than just a title or a trophy,” Janet Layug adds. “It is also about being the ambassador and about representing fitness in front of the whole world. And on top of that, it is a message to everyone who is thinking about giving, saying that if you work hard enough, you will eventually make it.” The contestants carry a clear message with them - you can only reach the pinnacle through discipline and systematic work on yourself.

And just like every year, the expo with various stands for the general public was not to be missed. On Friday, the pavilion for fans opened. We went there to get some shots but were left slightly disappointed. It was obvious that the year 2020 was indeed difficult. Pre-judging also started in the morning, but we skipped it this time. In the evening, Kamil went to the “finals”. The categories Fitness Olympia, Figure Olympia, Women's Physique Olympia,and Ms. Olympia all had their winners announced. The weekend started with two beautiful ladies, Natalia Coelho, competing in the Women’s Physique category, and Missy Truscott, the winner of the Fitness Olympia category. In the evening, we were eagerly awaiting the grand finale, which we showed you in detail on our Instagram. The Mr. Olympia champions require extreme determination. Unimaginable toil and a huge sacrifice are part of it all and this year, Big Ramy was crowned the absolute king. On Sunday, we still had a shooting with Terrence Ruffin, who became the runner-up in the Classic Physique category. “We didn’t have a photographer on the last day of the event. Yet, we managed to shoot a motivational and training video with Terrence, featuring tips and tricks for both seasoned fitness buffs and beginners,” adds Kamil. In these new videos, you can see the new men’s collection NEBBIA Limitless.

Finally, on Monday, it was time to go home. We flew from Orlando via Washington and Frankfurt to Vienna, and went home from there. Upon our return to Bratislava, we were chock-full of impressions, experiences, meetings with the biggest names in fitness, and a huge amount of content. NEBBIA could not be more proud of the champions and we already cannot wait for what the future has in store for Mr. Olympia 2021.