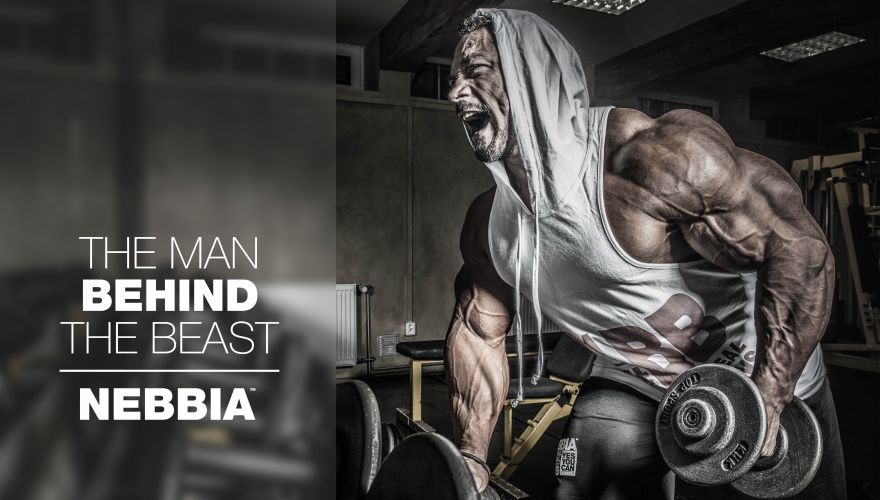 Cognitive marks: posing grimace, tattoo on the belly (name of his son)

What is the story behind a pro bodybuilder who could dethrone Phil Heath this year?

Roelly was born on a small island in Caribic – Curacao. When he was four, his dad died in a motorcycle accident. When he was five years old, together with his mum and 3 siblings Etienne, Edchard and Quincy they moved to the Netherlands.

He became father of his first child in 22, now he has three children – Nygel (18), Daniyah (13) and Quianah (13). He is a family man. He tries to be with his family as much as possible, even tough he spends a lot of time away, mainly preparing for his competitions.

He was always interested in bodybuilding and participated in local amateur competitions, winning the highest places. During this period, he had never thought that he would start doing it professionally. It was the serious car accident in 2004, which nearly took his life, that changed his mind and basically his whole life.

When he got back from the hospital, he realized he was just wasting his potential. So at the age of 27, he made a big decision and concentrated all his efforts into getting the pro card, hoping that he would become the best bodybuilder in the world.

On his way to pro card

Over the next 5 years Roelly trained and worked hard to gain more muscle mass and sculpting his physique. However the lack of knowledge about fitness and nutrition was limiting his progress. At this point he started looking for a professional trainer who would take him to the next level. He found such trainer in the former bodybuilder who took him under wings and thus Roelly's pro fitness journey has begun.

Roelly entered the world of professionals with a victory in 2009 at the NPC Arnold Amateur Championship, where he impressed both judges and spectators with his breathtaking flawless shape. After winning of the pro card, he got on the stage in 2010 at Arnold Classic, where he took 7th place. Roelly's achievements were getting better and better. At the Australian IFFB Grand Prix PRO he finished 3rd and he was closer to top. He took the first place at the New York PRO where he again dominated with his incredible form and symmetry. A new star was born in the bodybuilding world. Some compare him to Phil Heath, some are just in pure awe, others already see him taking the highest places on the stage of Mr. Olympia.

What did bring him to bodybuilding?

It is maybe a cliché, but the impulse that Roelly brought to bodybuilding was a picture of Arnold Schwarzenegger (photo below).

What did bring him to bodybuilding?

It is maybe a cliché, but the impulse that Roelly brought to bodybuilding was a picture of Arnold Schwarzenegger (photo below).

Roelly wanted to have exactly the same arms as Arnold, and fortunately for him his genetics allowed that. "When I started practicing, my shoulders and my arms grew fast. Some boys in the gym were even angry because they trained much longer than me and my hands were much bigger than theirs! So, when it comes to my arms, I must especially thank my genetics. "

Roelly had several idols among the greatest bodybuilders when he started practicing. But a great source of inspiration for him is his younger brother Quincy. He has always encouraged him to develop his full potential.

His greatest dreams include the undisputed acquisition of the title Mr. Olympia. This year he has managed to qualify for this prestigious competition and so far he has enjoyed off-season. During this period, he has already moved to Kuwait, where he began his training.

His next great dream is to build his mother's house. He dreamed of it because when his father died, he was on his way to see the house for a purchase for Roelly‘s mother. And Roelly would like to make this dream come true. He believes his mother will be able to move to a new home by the end of this year.

Since Roelly has begun to give his best at bodybuilding, in the fitness world he has become very well-known and respected for his incredibly massive muscles. This year he plans to show his best life form at the Mr. Olympia stage. We at Nebbia are very proud that we get to dress up one of the best bodybuilders in the world. After this time of knowing Roelly, we’ve had a chance to know him not only as a TOP bodybuilder, but as an awesome person and a friend as well. We’re convinced that Roelly Winklaar is going to be AMAZING this year and we are already looking forward seeing him competing and keeping our fingers crossed! For us, he's already the best!